Marinette just sighing and release the hug, much to Damian’s disappointment, “What again, Alya? Isn’t this enough for you? I already answer all of your questions.”

“But… You never told me that you already have a boyfriend!” Alya exclaimed, pointing accusingly at Marinette.

Although Marinette isn’t impressed with her response, at all. She just crossing her hands while questioning a simple question, “And why would I?”. END_OF_DOCUMENT_TOKEN_TO_BE_REPLACED

Just to let you guys know, in this version, Adrien is just a little innocent bean who tried his best on doing whatever he is doing now since this is his first public school. So Adrien is kind indeed (He is the one who makes —or force— Lila convince the school to prevent Marinette from being expelled, after all. Just like in the canon).

But he is too soft so whenever he reprimanding his friends whenever they tried to bully Marinette. They just replied, “Oh you’re too kind, Adrien. Marinette doesn’t deserve you,” which got Adrien confused and disappointed, not towards Marinette, but towards himself and his classmate. To him because he cannot be more firm to his friends, and his classmate because.. they choose to believe Lila over Marinette, the girl who always helps them, the girl who used to be called ‘our everyday ladybug’.

And the last thing, here’s a shortlist to clarify somethings:

END_OF_DOCUMENT_TOKEN_TO_BE_REPLACED

Inspired by many reincarnation (isekai) stories. Since I love them, lol.

I am sorry, I was supposed to post a bonus story of A Little Too Much, right? But here I am posting another new one and I don’t know if this one is interesting for you or not haha. But heyyy don’t worry because the bonus is still in progress ;D.

Description: Damian and his brothers decided to give a surprise to Marinette. Based on the song “A Little Too Much” by Shawn Mendes.

Warnings: This is my first time writing the full and completed story. I am still confused with tenses and grammar so I am really sorry if any words look so weird! I am warning you guys!

AN: Same with what I said above. Sometimes (or maybe always..?) I like to exaggerate my story soooo… I hope you guys like it!

Why? Why did he accept the bet? “This is not a bet!!” exclaim Jason from behind. Yeah, but in his eyes, this is a bet! How come? He and his annoying brothers decided to surprise Marinette. Yes, Marinette, his girlfriend. Damian didn’t expect that he could be able to be in a relationship for 3 years and his girlfriend is an Angel too!

Umm … To be more precise, a wingless angel … Marinette is a very kind, friendly, smart, pretty, and sometimes, she emits a fiery aura in her eyes… And, don’t forget her beautiful smile. Even the dark city of Gotham can suddenly become bright if she’s here, smiling while chuckling occasionally.

“Okay enough about her beautiful smile because we already know how much you love her,” Jason said suddenly, a mischievous smile on his face. Damian glared at Jason while growling, even though Jason didn’t feel intimidated at all. Not with Damian’s red face because of his own embarrassment.

“Stop it!” said Dick after clapping his hands hard enough to prevent a bloody war that might occur sometime later. “We should go back to our previous discussion okay? If you want this surprise to really happen before it’s too late…” END_OF_DOCUMENT_TOKEN_TO_BE_REPLACED

Um, It’s more like a walkthrough for the correct answers… For more other than this, you can see it on the official guide here and you can play the game online HERE. END_OF_DOCUMENT_TOKEN_TO_BE_REPLACED

Hello! I don’t know if making this guide is allowed or not, IF not, PLEASE tell me right away, so I can take this post down as soon as I can! I just made this guide for other players who always or sometimes stuck in some side quest (like me lol). By the way, this game is GOOD so for the one who never play this game, YOU SHOULD TRY THIS GAME! END_OF_DOCUMENT_TOKEN_TO_BE_REPLACED

These are special full-screen static images. They are usually nice to see in a game and bring many reasons for one to occur. Some CG’s may consist of two but with different facial emotions.

I’m gonna upload my Otome Game CG’s collection because my hardisk is already full and i have to make free space by removing things :’D. If you interested or want to download it from my links, Nevermind that, you can see the password in the comment section (The password is same for all links)! If the links doesn’t work anymore, i can’t help with that, sorry! (Because i already delete the files from my hardisk so i can’t re-upload it ><) END_OF_DOCUMENT_TOKEN_TO_BE_REPLACED

Welcome to this blog~! And I Hope you are enjoying my blog~! 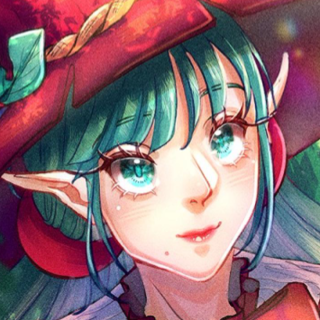 Just a girl who love playing games, watching anime, and drawing anime too :3

It all started with the voice